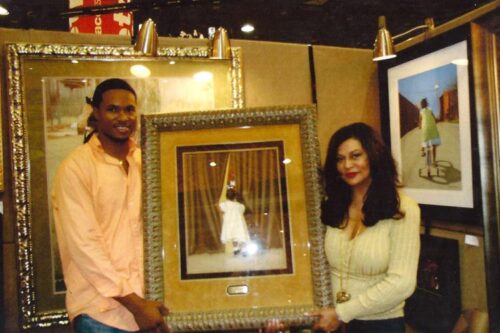 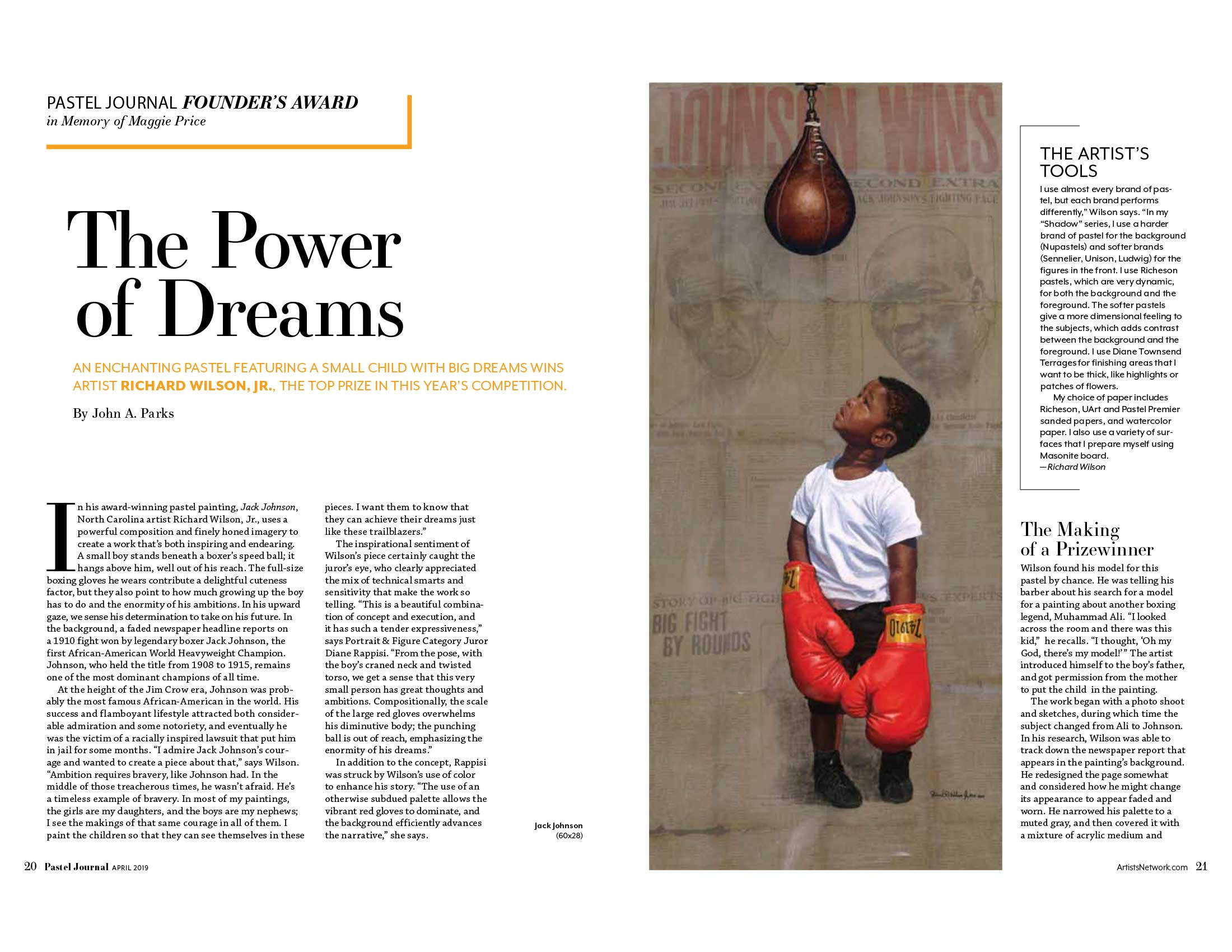 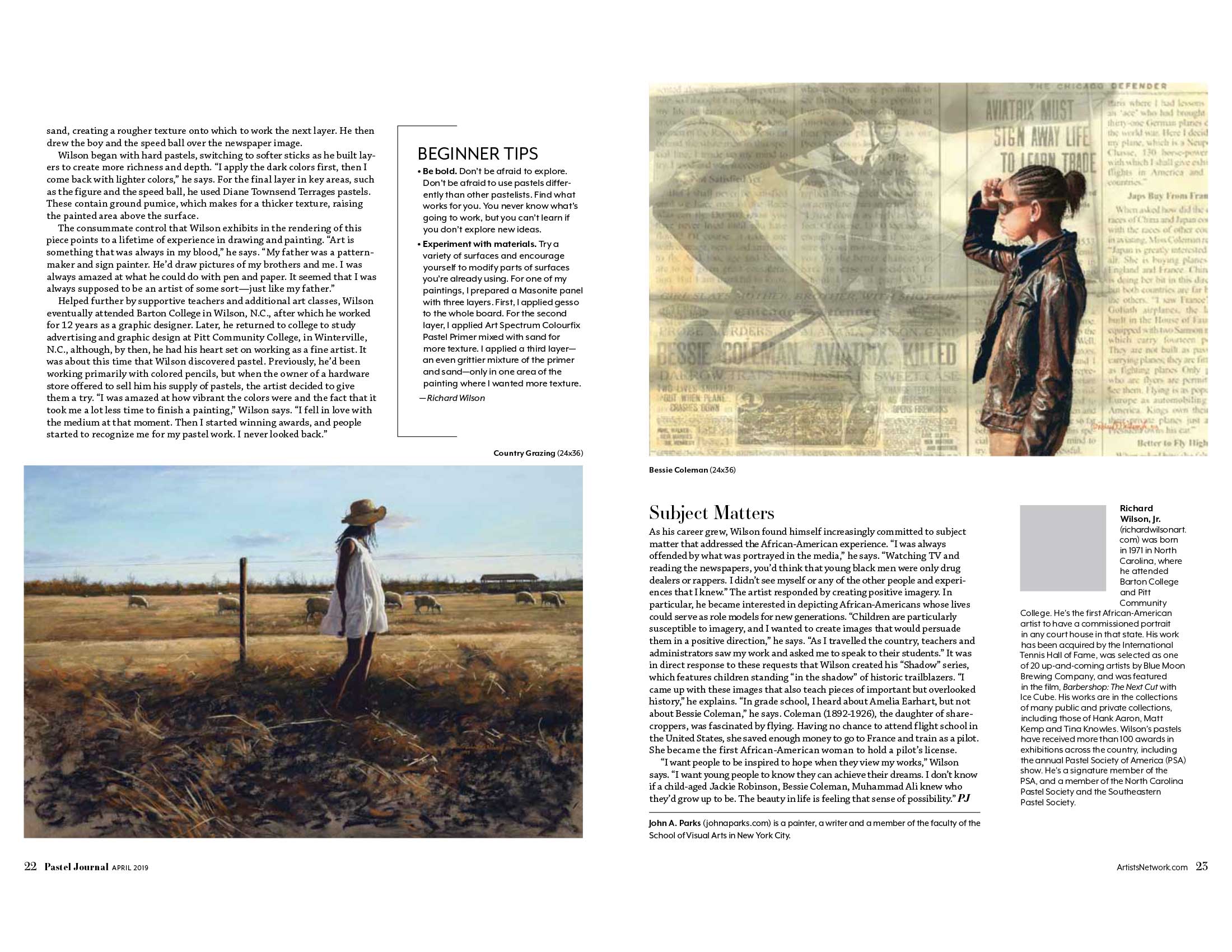 The power of dreams

The Pastel 100 is an international art competition with over 2000 entries from around the world. Richard Wilson won the top prize, The Pastel Journal Founder’s Award in Memory of Maggie Price.

The portrait, by artist Richard Wilson, was installed in The Gordon Jones Gallery of the Administration Building to honor Early, who went on to become the director of music for Atlanta Public Schools and the first African American president of the Georgia Music Educators Association in 1981.

“Ms. Early is a distinguished educator, and it is clear that she has made a profound impact on the lives of countless individuals,” President Jere W. Morehead said at the ceremony. “Her portrait will serve as a lasting tribute to her dignified courage and her commitment to educational excellence.”

Ms. Early saw the finished portrait for the first time at the ceremony, and she was obviously pleased. “It’s very beautifully done as you can see, because it looks better than me,” she said, drawing appreciative laughter from the audience. “It always means so much to have the support of so many.

“During my two years here,” Early continued, referring to her time attending UGA, “I couldn’t have imagined anything like this happening in my wildest dreams. I am so delighted that a part of me will be here after I’m gone. When people see this portrait, they will know that something important happened here.”

The installation of Early’s portrait is part of a series of accolades celebrating her life and career. In January 2018, Early received one of UGA’s highest honors, the President’s Medal. On Sept. 11, the documentary “Mary Frances Early: The Quiet Trailblazer” premiered in Atlanta.

A native of Atlanta, Early came to UGA in the summer of 1961. Earlier that year, Charlayne Hunter-Gault and Hamilton Holmes became the first African American students to enroll at UGA. Early had started postgraduate work at the University of Michigan when she transferred to UGA to complete her studies. She became the first African American to earn a degree from the University of Georgia when she graduated on Aug. 16, 1962, with a master’s degree in music education. She returned in 1964 to continue her education, earning a Specialist in Education degree in 1967.

Early, who was class valedictorian at Henry McNeal Turner High School and earned a bachelor’s degree in music education from Clark Atlanta University in 1957, became a music teacher in the Atlanta Public Schools and was eventually promoted to music director of the entire school system. Early worked with teachers in the system’s 100-plus schools, and was in charge of the music curriculum, budget, textbooks and more.

Early retired in 1994 after working for 37 years in public schools. She has since taught at Morehouse College, Spelman College and Clark Atlanta University as head of the music department.

A leap of faith, a graceful landing

By Mackenzie Tewksbury. Greenville: Life in the East

By Kristin Zachary.
The Daily Reflector 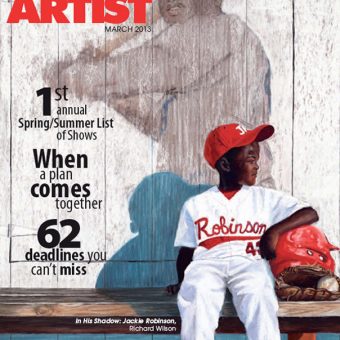 Published March 2010
Featured on the cover of the Art Appreciation book used at Pitt Community College in Winterville, NC.